Finding your Voice on Clubhouse 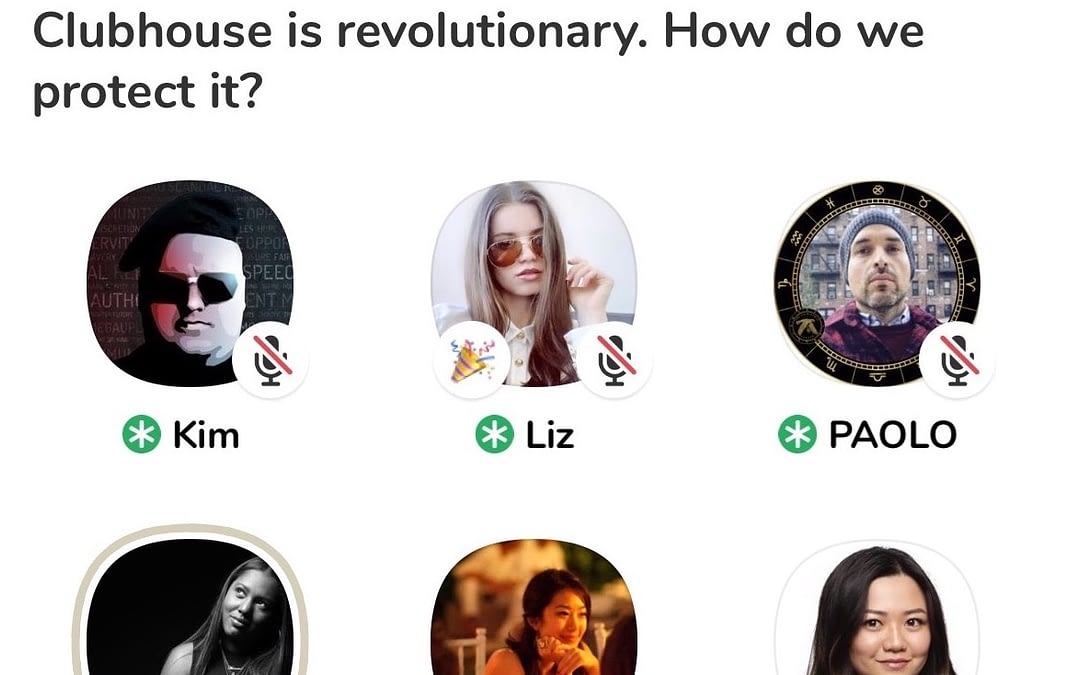 The world’s first voice-first social network is part water-cooler, part campfire, part live talk-show. You can find everything from the spiritual (daily affirmations & meditations) to the material (how to make your first million). You can listen in, network, gain insights, or even contribute.

What you need to know…

Clubhouse is the latest emerging platform to capture the hearts and minds of citizens all over the world (at least those who have iphones). A voice-first mobile social networking app, it lets members express themselves vocally.

Paul Davison and Rohan Seth, the ex-Stanford founders, describe it as “a new type of social product based on voice [that] allows people everywhere to talk, tell stories, develop ideas, deepen friendships, and meet interesting new people around the world.”

Why does it cause FOMO?

Vogue has referred to it as the ‘FOMO-inducing Social App to Know’. Frequented by early adopters and celebrities from film (Jared Leto), music (Drake), art (Takashi Murakami) and sport (Serena Williams), guest appearances have also been made by tech giants — Elon Musk and Mark Zuckerburg — creating ripple effects that last for days.

But it is not just for the rich and famous.

Invited members can move through moderated virtual rooms discussing everything under the sun. Once in, you can start your own micro-rooms or join the big ones with thousands in the audiences and dozens on stage. Like other social networks, you follow people and gain followers. Those in early, gain prominent positions; many help new joiners get to grips with the platform.

You can gain visibility by moving from the audience to the stage — the fourth wall disintegrates seamlessly when it is your turn to speak.

You can also stand out by being helpful. I was immediately struck by Avrom Honig aka ‘Techie to the rescue’ who vigilantly takes to the stage to coach people to say their names and state when they were done speaking to make it easier for those with visual impairments.

Clubhouse can easily become addictive, especially when you first join. Some conversations are so engrossing, they last for 12 hours. It is an emergent space — a great way for ideas to form through conversations. If you pick your rooms carefully then you can tap into smart minds and sharp insights. It enables diverse perspectives and inclusive conversations. Expanding your network is another key benefit. I’ve been delighted to meet new contacts, potential customers, collaborators and friends.

The inability to record means its fleeting — you have to be present to benefit.

Currently, sessions can’t be recorded (with some exceptions) so it is not possible to catch up or review highlights by converting voice to text. You really have to be there in the moment. The good news is it has the ability to sync scheduled talks with your calendar — one way to beat the fear of missing out.

The possibilities for this app are significant, especially for those who delight in the art of conversation and meeting new people. Not reliant on the written word, or visuals for impact, this is a paradise for those who prefer to use their voice, rather than a pen or stylus. It is reviving the oral tradition,

It is now opening up in different countries: China, Japan, Korea,  Taiwan, Turkey, the Dominican Republic to name but a few. Different language groups are co-mingling and conversing using Google’s translation functionality that intrepid members have managed to sync up.

The App is exploding in popularity in China, as it’s citizens revel in on an aural agora of free expression before the authorities crackdown.

Will these conversations increase cross-cultural understanding?

A new space for community feedback?

Rooms become Townhalls when the developers bring the community together each week to get feedback and ideas for app improvements. I’ve been impressed with efforts made to make it as accessible as possible, but understand the issues around safety and scamming have not yet been solved.

Trolling and abuse have proved to be challenging. Victims of abuse have not felt shielded from their abusers, although it is possible to block followers. Members continuously vocalise possible solutions for the app’s improvement.

The fact that the developers are listening and openly responding to community suggestions is a differentiator that sets it apart from other social networks. This behaviour can be taken further if the founders recognise their creation as a unique experiment in deliberative democracy and self-governance.

How inclusive is Clubhouse when its popularity has grown on the basis of its exclusivity?

Clubhouse has one contradiction it may need to resolve for its potential to be realised. How inclusive can it be when it is invite-only? Will it go the way of  A Small World if it stays on this track?  As it is an important pioneer in this space with many potential benefits for members, I hope it doesn’t take this pathway. Ensuring true diversity on and equal access to the platform will enrich its impact. You can be sure an open-source alternative will emerge if it doesn’t.

In spite of the teething problems, the mutual aid on offer is heart-warming. A room on Public Speaking, for example, encouraged everyone to have the confidence to speak. It was inspiring to hear people gain confidence as they found their voice.

I truly hope Clubhouse resolves its problems, so it can be consistently more helpful than harmful. The blossoming of conversations has already shown the network’s strength. With great moderation techniques and safeguards in place, people will learn how to behave well and flourish.

What are the implications for brands?

At this point, only individuals can set up profiles, so your people are your ambassadors in this space. Smart brands will empower representatives to advocate and engage with users and a broader audience on the platform to explain their mission and decisions, and guide them with product feedback and customer engagement. Take time to learn about it as part of your professional development.

At Something New Together we see exciting possibilities in Clubhouse. We’ll be opening up Clubhouse rooms focusing on 21st Century leadership skills and workplace design that encourages exploration and play.

Please follow us on LinkedIn for updates or follow Ann Longley and Debi Garrod on the app. 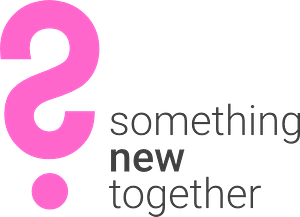